Routes to Low Birth Weight (or not): Local, Cultural Racism in Exceptional Communities 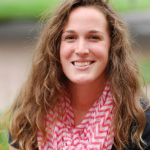 The gap in low birth weight (LBW; weight of less than 2500 grams or approximately 5.5 pounds) between infants born to non-Hispanic black mothers* and non-Hispanic white** mothers in the US has remained the largest gap in LBW between racial and ethnic groups despite advances in both civil rights and public health practice. While this gap is robust, race itself has no direct, biological effect on patterns of disease prevalence or incidence. Instead, health scholars point to racism as a primary, upstream determinant of persistent gaps in morbidity and mortality, including the gap in LBW, between black and white Americans. While the majority of research on racism and health has relied on self-reported measures of both discrimination and racial attitudes to operationalize racism, these metrics are subject to several biases and often fail to fully account for the variation in health outcomes across racial and ethnic groups. So considered, scholars have recently argued that manifestations of cultural racism may provide insights into the conditions that produce and maintain racial and ethnic health disparities. The research questions proposed here are designed to assess the utility of various area-based measures of racism, some cultural and some structural, in understanding racial disparities in LBW across metropolitan statistical areas (MSAs) in the US.  First, I investigate the association between area-based measures of structural racism, informed by fundamental cause theory, and LBW. I find that MSA-level measures of power and prestige have a positive association with the black LBW rate and the black-white LBW ratio. In addition, I find that one measure of unfreedom, racial clustering, may actually operate as a buffer and partially mitigate the negative health consequences of living in an MSA with restricted access to beneficial social connections due to patterns of residential isolation. Second, I use predictive models from the first empirical chapter to identify MSAs with significantly higher or lower observations of the outcomes than expected given model covariates. From the full analytic sample of 301 MSAs, I find that 19 MSAs stand out as “exceptional” in regards to the outcomes. However, these MSAs do not appear to be places that are unequivocally unjust or not in regards to racial differences in measures of structural racism. Lastly, I use historical, geocoded data from Twitter to investigate the racialized social climate of each exceptional MSA as a means to better understand the under- and over-achievement of these communities. I find that, in general, exceptional MSAs have roughly equivalent amounts of positive, negative, and neutral racialized language among Twitter users regardless of whether they have higher or lower rates of the outcome. Thematic analysis reveals that many tweets included in the analyses are not relevant to the goals of the story. However, among the tweets that are relevant, most tweets about black people are negative and many are racist. In addition, racialized language on Twitter appears to be gendered in distinct ways as well. Overall, this dissertation shows that combining conventional measures of structural racism with novel measures of cultural racism can provide a more nuanced overview of the social conditions that lead to greater disparities in LBW, as well as those that may protect against these health inequalities.

* Throughout this dissertation, I will use the term “mother” to describe the parents who gave birth to their children. I acknowledge that at the population level, this may include persons who do not identify as female, woman, mother, or other identities traditionally associated with the act of childbirth. However, natality data for which the statistics presented here are drawn and that I use in my analysis do not allow for identification of the birthing parent outside of the classification of “mother”. As such, I use this term here.