Race, Ethnicity, Gender, and the Pursuit of Economic Opportunity in the Age of the Migration Decline 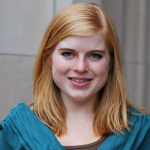 It is frequently assumed that today’s population is more mobile than ever, exhibiting little attachment to the origin places of their youth. Indeed, scholars and commentators espouse this supposed rootlessness as one of the fundamental distinctions between recent generations of young adults and previous generations. However, these assumptions belie the reality that internal migration rates have been declining steadily and quite steeply since 1980. Rather than an increasing tendency towards rootlessness, something seems to be keeping individuals in place. While scholars have recently investigated a number of potential explanations for this decline, no study has been able to fully explain the decline and much about it remains a mystery. In particular, we have very little knowledge about the potential implications of this decline for individuals. It is unclear whether contemporary generations of migrants and/or non-migrants are faring worse economically than their predecessors, which could suggest that the migration decline is associated with harmful economic changes, or whether the migration decline is suggestive of harmless or even beneficial changes that may make migration increasingly unnecessary. We have even less knowledge of how the potential implications of the internal migration decline are structured by race, ethnicity, and gender.

In this dissertation I compare two cohorts of the National Longitudinal Survey of Youth to investigate these gaps in our understanding. In Chapter 2, I utilize 25 waves of the National Longitudinal Survey of Youth-1979 (NLSY79) to explore whether race, ethnicity, and gender intersect to shape the economic returns associated with internal migration, as well as racial and ethnic disparities in these relationships across gender. I find that internal migration is associated with larger economic benefits for white relative to black and Hispanic men and, as a result, larger racial and ethnic disparities in economic outcomes for men. For women, in contrast, internal migration is associated with larger wage benefits for white women, but larger work hour benefits for black and Hispanic women that cumulatively correspond to slightly narrower racial and ethnic disparities in economic outcomes. These findings illustrate the importance of employing an intersectional lens for internal migration research and point to the possibility that internal migration reinforces the privileged position of white men. In Chapter 3, I link both the NLSY79 and the National Longitudinal Survey of Youth-1997 (NLSY97) and examine whether the returns to migration and the economic wellbeing of young adult migrants and non-migrants have changed across these two cohorts, the former cohort having been young adults early in the migration decline and the latter cohort having been young adults late in the decline. While the economic returns to migration have not changed across these cohorts and the economic wellbeing of migrants has remained largely unchanged, the economic outcomes of non-migrants have deteriorated over time. As such, non-migrants may increasingly be left behind geographically and economically, potentially hindering their abilities to migrate should they wish to. In Chapter 4, I integrate the insights garnered in Chapters 2 and 3 to explore whether changes in the returns to migration and in the economic wellbeing of migrants and non-migrants vary across race, ethnicity, and gender. The findings from this chapter complicate the findings from Chapter 3, illustrating that it is largely white men and women that have experienced changes in their economic wellbeing, while black men and, especially, black women exhibit declines in their returns to migration. Hispanic women and men, in contrast, have experienced little change in their economic outcomes across cohorts. Chapter 5 concludes by pointing to the importance of taking an intersectional perspective when studying the internal migration decline and internal migration more broadly. Chapter 5 also highlights the potential role of internal migration in shaping disparities in outcomes, particularly between blacks and whites.

The findings from this dissertation offer a number of important contributions to the internal migration and racial/ethnic stratification literature. In particular, they demonstrate that our understanding of internal migration and the internal migration decline are incomplete without considering the unique contexts in which individuals find themselves, including their racial/ethnic and gender backgrounds, as well as the time periods in which they live and work. I also illustrate that black women and men are experiencing declines in their average probabilities of migrating, as well as declines in their returns to migration. These findings suggest potentially fruitful areas for future research, such as investigating whether the migration decline has been exacerbated by experiences that are particularly prevalent among the black community. Migration’s historically important role in improving blacks’ economic outcomes suggests that it is important to understand why migration may be less beneficial for blacks now than in the past and whether these changes threaten to further exacerbate inequality in an already unequal society.