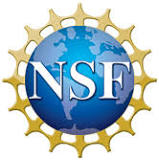 This project examines an important question for social science theory and criminal justice policy: Does disorder in a community foster criminal and deviant behavior. Or is community efficacy responsible for both disorder and crime. The researchers approach this question by embedding field experiments with neighborhoods that vary by social capital and community efficacy. The answers to these questions have important intellectual payoffs and policy implications. Intellectually, the project will provide an important test of the broken windows hypothesis in criminology disorder is a cause of crime and norm violations versus the collective efficacy hypothesis disorder and crime are each caused by community efficacy, and therefore, disorder is spuriously related to crime. The project will yield stronger causal statements than previous research because it uses experimental methods. The project has important policy implications. If disorder causes crime directly, then zero-tolerance policing in which police focus on cleaning up streets of panhandlers, broken windows, graffiti, and other signs of disorder is called for. If disorder and crime are not causally related but are instead each caused by community efficacy, then policies of community empowerment increasing community resources, social ties, and civic participation are called for. The researchers are incorporating diverse and underrepresented students in the research process and working with the city of Seattle to disseminate their results.

To test broken windows theory against collective efficacy, the investigators will conduct experiments in multiple neighborhoods, capitalizing on their survey measures of collective efficacy and disadvantage. Five experiments will examine whether the presence of disorder (graffiti and litter on the ground)affects norm violating behavior. (1) A Letter Drop, in which 24 stamped addressed letters are dropped in each of 123 census tracts. Half will be dropped within sight of graffiti. The mail back rate provides a measure of collective efficacy, as well as a test of whether physical disorder (graffiti) impedes prosocial activity. (2) A Lost Envelope Experiment, in which an envelope with a visible $5 bill enclosed is placed near a mailbox, and passersby can either ignore, mail or steal the envelope. The treatment condition, graffiti and litter nearby, tests whether disorder promotes theft and impedes prosocial behavior. (3) A "Litter Cam," in which a time-elapse camera will record time-to-cleanup in a setting filled with litter. The hypothesis tested is that time to clean up will be shorter in collectively efficacious neighborhoods. The treatment condition "graffiti in the vicinity" tests whether additional disorder impedes acts of collective efficacy. (4) Intervening During an Act of Littering, in which a confederate (varied by race and gender) is observed littering in front of local passersby. The outcome is whether passersby interrupt the confederate. We test the hypothesis that the race/gender of the litterer interacts with the race/gender of the intervener. (5) Littering a Flyer on a Car, in which a flyer placed on windshields of parked cars is either littered or not. The treatment, disorder (graffiti), tests the broken windows hypothesis.