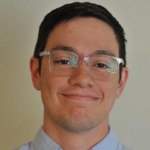 This dissertation investigates how rising suburbanization across race, ethnicity and socioeconomic status has interacted with the locations and depth of racial and ethnic inequalities in exposure to disadvantaged neighborhoods. In an attempt to understand the structure of differentiation among suburbs, this dissertation moves beyond the urban/suburban dichotomy to understanding space in metropolitan areas and contributes a novel indicator of whether a neighborhood is located in a city, older suburb, newer suburb or rural/exurb part of a given metropolitan area.

Chapter 2 assesses how trends of suburbanization associated with widening differentiation in the risk of exposure to high poverty neighborhoods among black, white and Latino households across urban and suburban locations. This research also models how metropolitan segregation associates with differences across spatial locations in terms the risk of experiencing neighborhood disadvantage and poverty concentration. Results demonstrate how the city/suburb approach to understanding segregation masks substantial differences in the risk of neighborhood disadvantage and poverty concentration across space.

Chapter 4 analyzes the household dynamics related to changing spatial locations of segregation and continued black-white inequalities in exposure to high poverty neighborhoods. This study tests for inequality in black and white households' likelihoods of moving to poor neighborhoods, whether urban or suburban, net of differences in household composition. It also evaluates whether there is racial disparity in the likelihood of nonpoor urban and suburban neighborhoods becoming poor in place sometime after a household move. Results of Chapter 4 corroborate how black and white households' residential outcomes among suburbs remain relatively stratified, with black households more likely to experience neighborhood disadvantages even following moves to suburban locations.

Taken together, this dissertation informs how residential stratification is becoming increasingly suburban. The novel evidence in these chapters demonstrate racial and ethnic segregation's importance for inequalities in exposure to urban and suburban forms of neighborhood disadvantage, and motivate policy to improve equity in neighborhood conditions across metropolitan space.