Regulation through Legal Ambiguity: Politics of Reproduction in Contemporary Turkey 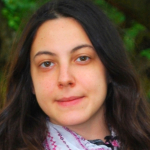 Focusing on this case, Regulation through Legal Ambiguity: Politics of Reproduction in Contemporary Turkey explores the ways that law in general and rights in particular generate indirect yet transformative effects. It inquires into the apparent puzzle that the very absence of formal legal change can have transformative power of its own on the everyday practices of relevant actors. At the same time, it asks what the impact was of this strong rights mobilization, palpably successful at the level of preventing restrictive legislation from being passed but nonetheless short of generating significant impact on everyday practices in healthcare institutions.

The dissertation argues that the rift between the hostile government discourse and the absence of restrictive legal change generated legal ambiguity and rendered the legal status of abortion and caesareans ambiguous. Healthcare workers, in turn, despite their expressed support for women’s rights, were propelled to improvise their own restrictive limits when offering their services in order to safeguard themselves in a professional environment that was already filled with tensions. Despite this bleak state of affairs, however, women’s rights activists consider their campaign successful for the broad and long-term alliances that it initiated.