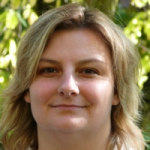 This dissertation explores marriage timing, the gender context, and early family formation in Asia through three separate but related studies.  The first study uses trends, bivariate regression, and survival analysis to investigate trends in marriage age and the first birth interval over time in seven countries—four in South Asia and three in Southeast Asia.  Specifically, it examines the association of gender context and socio-demographic characteristics with (1) marriage age and (2) the first birth interval, along with shifts in these associations over time.  Data from Demographic and Health Surveys (DHS) are used from two points in time over approximately a 10-year period to examine changes in these dynamics over time in Bangladesh, India, Nepal, Pakistan, Cambodia, Indonesia, and the Philippines.  Marriage age increased and the first birth interval decreased (except in Cambodia) significantly, albeit at varying rates.  Varying rates of change over time contribute greater disparities in marriage age and greater homogeneity in duration of the first birth interval across a range of socio-demographic characteristics.  Most gender context measures and socio-demographic characteristics are associated with both outcomes at both points in time.

The third study is a qualitative inquiry into the social context of early childbearing in Bangladesh.  This study conducted in-depth interviews with 30 women age 15-22 who had married before age 18 in Khulna division, Bangladesh. The study was motivated to investigate why young, married women bear a first child at a young age. The study finds that women enter into marriage suddenly and without knowledge of contraception. Young women want to delay a first pregnancy, but still want a birth within adolescence. Spousal communication and women’s decision-making are low and young women defer decisions on childbearing and contraception to others. Women’s fertility desires are frequently discordant with those of their husbands, their in-law family, or both. Women, their husbands, and their family members are all concerned with the health consequences of early childbearing. However, concerns about the health effects of contraception discourage long term use and promote early pregnancies. Thus, women’s abilities to meet their fertility aspirations are challenged by discordant childbearing aims, limited options for contraceptive methods, and discontinuation of contraception due to side effects and concerns about infertility.