The Evolution of Solidarity and Status Attainment: A Case Study of Chicago’s Latinx Gangs 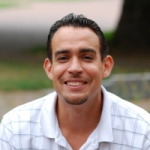 Using a case study of Latinx gangs in Chicago over a 15-year period and original data compiled from gang cassette mixtapes, CD’s, and DVD’s, this research analyzes highly ritualized interactions in public media to investigate how dynamic gang processes and interactions change over time. Specifically, I examine how changing neighborhood dynamics—particularly enhanced policing and surveillance techniques—shape changes in gang group dynamics. This study focuses on two dynamic group processes highly associated with gang violence: the development of solidarity and status attainment. I argue that to fully understand gang processes it is necessary to conceptualize them as time-varying phenomena that are influenced by multiple forces in a dynamic social world.

The first group process explored is the development of solidarity. I find that both solidarity between gangs and solidarity within gangs is breaking down across the Chicago Latinx gang community. Rather than expressing solidarity with larger gang entities, as was common in years past, many gangs now proudly claim “everybody killer.” In other words, specific gangs no longer have larger gang loyalties or super-gang alliances. In the Latinx gang community in Chicago gang relationships are splintering and individual gangs are becoming more isolated as observed from them representing their gang section more than their parent gang. The differences in alliance structures that I observe today suggest that gangs could be fighting for different reasons than in the 1990s when researchers found violence was based on organizational structure and drug sales in Chicago. I posit that the breakdown in solidarity is important because it is related to changes in patterns of violence and qualitative features of gangs, such as loyalty and unity; emotional components that are the foundation of gang solidarity.

The second group process explored is status attainment. Specifically I focus on how factors external to the gang space, such as hyper-surveillance and enhanced policing techniques, influence status attainment in gangs. To date, research on hyper-surveillance focuses on justice system avoidance and crime rates in hot spots, but largely unaddressed are the consequences on the culture of urban gangs. I find that gangs have normalized and incorporated hyper-surveillance into their interaction rituals. Rather than avoidance, increased surveillance is associated with elevated status both at the individual and gang levels. In addition, due to intensified policing practices, even simple loitering on street corners is now associated with elevated status because of the threat of discovery and sanction. These new status attainment methods are encompassed in what I term the ‘status of the surveilled.’ These results shed light on unique, unintended consequences of hyper-surveillance and enhanced policing in urban areas, as well as how they are incorporated into group processes related to status attainment within the urban street gang.

In addition to contributing to gang scholarship, this research has theoretical implications for research on gang cultures, especially what is known as ‘the code of the street’ (Anderson 1999). The findings from this study suggest that the code of the street may need to be updated to account for contemporary changes in technology and policing. With near omnipresent surveillance as a result of increased recording capabilities, and intensification of policing, the legal system is more present than in the mid-1990s. Thus, the code of the street of the 21st century is developed through increased interaction and acts of defiance towards law enforcement. Enhancing our understanding of how gang group processes change over time provides a more definitive view of how these interactions affect violence and can be used to more accurately inform future policy and program development efforts.