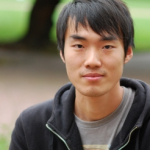 This project tries to fill the literature gap by providing the first empirical analysis of family economic insecurity in China, a major middle-income country in the world. Different from previous literature relying on income volatility or changes to measure economic insecurity, this project argues a dual-dimension framework to operationalize this concept: a static dimension indicates family economic resources, including family income and wealth. In contrast, the dynamic dimension indicates the volatility of family income over a period. This measure is built upon the argument that family may face an insecure economic situation when it has higher volatility of income and a low amount of income and wealth.

Drawing upon a longitudinal household survey recently conducted in China, this project proposes to measure economic insecurity and investigate three empirical questions: a) How volatile is family income in China? Furthermore, to what extent does family income instability* correlate with family income and wealth? b) How is the household registration system, a fundamental social institution in China, related to family economic wellbeing? c) does family economic insecurity relate to the social trust of family members?

After answering this fundamental question, this project shifts attention to the institutional origins of family economic insecurity in the context of China. The second empirical article (Chapter 4) investigates the role of a specific social institution, the household registration (hukou) system. Building upon a typology of hukou status at the family level, it examines the difference of income, wealth, and income instability across families. The results show that urban families and rural-urban conversion families have a more secure economic situation. Namely, they have higher income and wealth and a lower level of income instability as well, compared with rural families and rural-urban migrant families. After controlling socioeconomic and demographic characteristics, the economic advantages of urban and rural-urban conversion families become small or insignificant. The results suggest that the household registration system may shape family economic insecurity through differentiation of educational levels and other population processes, such as smaller family size and assortative mating.