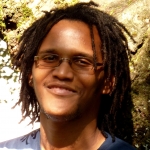 The deregulation of global financial markets has increased the propensity for economies, especially those in the developing world, to experience fiscal crises. Scholars have noted the potential for these crises to pit the interests of market actors against the social demands of workers and the poor. Among the most indebted countries in the world, Jamaica confronted a particularly acute fiscal crisis in the wake of the Global Recession. Moreover, its decision to prematurely abandon an IMF structural adjustment programme in 2010 and its rapidly deteriorating public finances resulted in the country being unable to access financing on the international capital market for the first time since the 1970s. Yet, a mere six years later, the Jamaican authorities managed to successfully complete a second IMF programme, this one being among the most austere structural adjustments that the Fund had ever designed. Jamaica’s success earned it widespread acclaim in the global financial community. On the brink of a debt default in 2013, the country reduced its public debt by a third in five years and earned the reputation as a model for developing countries.

Drawing on two dozen interviews with policy elites from the government, the local business community, public sector trade unions and representatives from the IMF, World Bank and IDB, the study finds that reform efforts directed at regaining market confidence animated IMF-mandated economic reforms and played a central role in Jamaica’s mercurial transformation from being an economic pariah to a model for developing economies. It also finds that the need to regain market confidence provided market actors with the leverage to advance their own capital-friendly policy agenda and arrogate new economic policymaking and oversight prerogatives to themselves through public-private policy schemes. Additionally, the government and multilateral financial institutions advanced unprecedented austerity policies designed to win back the confidence of investors and creditors in an increasingly competitive global economy. However, these policies had detrimental socio-economic impact on public sector workers who endured a significant erosion in the purchasing power of their wages, as well as the poor who shouldered the burden of public spending cuts and higher consumption taxes. Drawing on over two dozen interviews with non-elite Jamaicans, the study also finds that priorities of policy elites did not reflect ordinary citizens’ concerns and interests. Indeed, while elites who pushed for less government in economic affairs, non-elites frequently conceived of ways in which the state apparatus could be used proactively to generate employment and address Jamaica’s stubborn social and economic ills. Nor did non-elites conceive of economic issues as separate from the social and political oppression they experience in context of Jamaica’s historical class and racialized antagonisms.

The study represents an important contribution to the understanding of how markets serve to condition contemporary economic governance in ways that systematic favour the capitalist interests and disfavour those of workers and the poor. It also reveals the potential for market imperatives to invert the roles of the public and private sphere: whereas governments have traditionally enjoyed the prerogative to regulate markets, market actors are now increasingly called upon to regulate economic governance. As governments are likely to experience unprecedented fiscal pressures arising from the coronavirus pandemic, the study concludes by underscoring the urgent need to redesign the international financial order so as to prioritize economic and social development over market diktats.