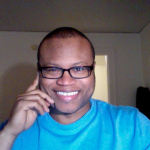 Indonesia entered the 21st century on the brink of imminent social change.  The downfall of the Suharto government in 1998 marked the end of authoritarianism and led to a democratic transition whose first step consisted of a systematic decentralization of government. In cases like Indonesia, this transfer of decision-making power from the capital to the provinces has crucial consequences for local community development. For one thing, it impels local citizens to compensate for the goods and services that a central state no longer provides. However, motivating citizens to participate in local development has been a pressing challenge in the Global South in recent decades. A new global development paradigm emerged in the 1980's that promotes a strong rhetoric that community planning and development will be more sustainable if undertaken by local citizens.

The success or failure of community development depends on the capacity of citizens to participate in the creation of public goods. However, what motivates citizens to participate is not well understood, limiting our knowledge of the types of citizens that are likely to participate, and how they will participate. In addition, while religious affiliation has a central place in the civic traditions of Western nations, the role of religion is much less understood in Muslim contexts. Social scientists remain divided on what role Islam is expected to play in a new democracy. Some deem Islam incompatible with liberal ideals, while others contend that Indonesia's brand of Islam is more receptive to Western influences.

I find that a relatively robust civil society supports community development efforts in the world’s largest Muslim-majority nation. Participation rates increased after the 2001 reforms, but they vary by socio-economic status, mode of contribution, and religious affiliation. Membership in a religious network leads to more diverse participation, but religion limits one's commitment to secular activities. Indonesia's civil society is clearly separated along religious lines. There is no evidence, however, that Muslims are opposed to activities that are synonymous with Western democratic ideals. In fact, Islam supports pro-social civic engagement but not necessarily religious pluralism. These findings suggest that civic virtues and religious differences may have a more central role than previously assumed in the future of community development in Indonesia, and elsewhere in the Global South.