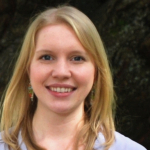 Due to declining mortality rates and other demographic transformations, individuals aged 65 and above make up a larger share of the population within the United States than ever before, yet vast inequality remains in the trajectories of health and quality of life within the aging process (Abramson 2015; Ailshire and Crimmins 2011). Sex, race/ethnicity, and socioeconomic status are consistently linked to disparate rates of mortality and chronic health conditions such as diabetes, hypertension, and coronary heart disease (Kahng, Dunkle, and Jackson 2004). A driver of health inequities throughout the life course in U.S. is access to basic resources, such as a basic income and medical insurance (Cummings and Jackson 2008).

As such, redistributive policies which become available to individuals in late-life, such as Social Security and Medicare, designed to limit inequality through the provision of the basic resources of income and medical coverage, may serve to reduce health disparities in late-life (Adler and Newman 2002; Beckett 2000; Brown, O’Rand, and Adkins 2012). By providing basic resources previously unavailable to individuals at the lower end of the socioeconomic distribution, these redistributive policies may decrease resource disparities between individuals in the lowest- and highest- socioeconomic strata (Adler and Newman 2002). In addition, regardless of this aimed redistribution of resources, biological features of aging also act to narrow the health gap. Specifically, it is hypothesized mortality selection among the most disadvantaged individuals, and delayed onset of illness for the most advantaged individuals, result in the convergence of health statuses among late-life adults (Brown et al. 2012; Brown, Richardson, and Hargrove 2016).

While resource disparities important for physical health may decrease in late-life (Adler and Newman 2002), the cumulative burden and stress proliferation experienced by disadvantaged groups throughout the life course have been shown to continually widen health gaps as individuals age (Thoits 2010). As a result, theories about whether and how age serves to reduce, maintain, or widen health disparities have emerged. The “aging-as-leveler” hypothesis posits inequalities in health reduce across the lifespan due to reductions in resource inequality that occur with increasing age (Brown et al. 2012; Brown, Richardson, and Hargrove 2016; House, Lantz, and Herd 2005). The “cumulative disadvantage” hypothesis posits that inequality increases throughout the lifespan due to the ever-present and compounding impacts of stress, discrimination, and resource deprivation, resulting in increased morbidity and mortality among the most disadvantaged (DiPrete and Eirich 2006; Willson, Shuey, and Elder 2007). Centered in the middle of this aging framework is the “persistent inequality” hypothesis, in which health disparities are hypothesized to remain constant across the life course due to the competing effects of cumulative disadvantage with reductions in resource inequality in late-life (Cummings and Jackson 2008; Ferraro and Farmer 1996), and thus, increasing age does not reduce or widen health disparities observed in the early and middle years of life (Ferraro and Farmer 1996).

Recent sociological scholarship explores these theories for physical health outcomes. Brown and colleagues (2016) find age serves to reduce health disparities, lending weight to the aging-as-leveler hypothesis. However, the authors additionally find evidence for the cumulative disadvantage and persistent inequality hypotheses when analyses focus on different physical health outcomes, racial/ethnic group comparisons, and lifespan of analysis (Brown et al. 2012). Similarly, research by Ferraro and Farmer (1996) provides evidence for the persistent inequality hypothesis for Black-White disparities in mortality and for serious medical conditions such as heart failure and disabilities. Yet, the authors find additional evidence for all three theories depending upon the physical health outcome being measured and analytical methodology being utilized (Ferraro and Farmer 1996). Indeed, scholars note these theories are not necessarily competing frameworks, but each provide insight into the multitude of ways resources and disadvantage interact throughout the life course to impact health, and disparities in health, as individuals age.

As explorations of these theories focus on physical health disparities in morbidity and mortality, little is known about how these theories can help to understand trajectories of mental health outcomes in late-life. Prevalence of clinical depression and depressive symptoms in late-life are repeatedly found to be on-par with, or less than, the prevalence observed in midlife (Blazer 2003; Charles, Reynolds, and Gatz 2001), with an estimated 8%-16% of elderly adults experiencing depressive symptoms (Blazer, Swartz, and Woodbury 1988; Murrell, Himmelfarb, and Wright 1983), compared to 10%-18% across the life course (Hasin, Goodwin, and Stinson 2005; Williams et al. 2007). While the prevalence of depression is not shown to increase in late-life, the negative consequences of depression and depressive symptoms increase with age (Blazer 2003; Fiske, Wetherell, and Gatz 2009). Depression is shown to significantly hinder quality of life in elderly adults and is associated with functional limitations, reduced self-rated health, and limited perceptions of social support (Blazer 2003). As a result, the causes, consequences, and relationship of depression with the causes and consequences of physical health disparities in late-life warrant investigation (Fiske et al. 2009).

My dissertation utilizes the aging-as-leveler, persistent inequality, and cumulative disadvantage perspectives to analyze and explore social factors associated with, and trajectories of, CES-D depressive symptoms using data from eight waves of the Health and Retirement Study (1998 to 2012). In the first empirical chapter, I test the notion that specific life transitions – caregiving and paid labor – are “inherently stressful” and “similarly stressful” across sex and race groups in late-life, while expanding upon understandings of how positive and negative social support moderate the association among specific life transitions and CES-D depressive symptoms. In sum, the first empirical chapter informs if – and the mechanisms through which – life transitions and social support are associated with CES-D depressive symptoms across sex and race groups in late-life. In the second empirical chapter, I assess if unhealthy coping behaviors mediate the association between caregiving transitions and CES-D depressive symptoms in late-life, and if the magnitude of observed associations vary across sex and race. These first two empirical chapters serve to build a comprehensive understanding of if and how mental health disparities exist across sex and race groups, to build a foundation for exploring theories of reduction, persistence, or widening of disparities in late-life for mental health later in this dissertation.