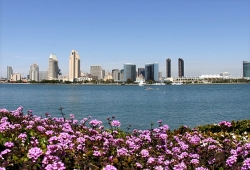 Liz Ackert: Harmful or Helpful? School Racial/Ethnic and Socioeconomic Composition and the Educational Outcomes of Mexican Origin Youth, in Poster Session on Migration and Urbanization/Population, Development, and the Environment.

Angela Bruns: The Consequences of Partner Incarceration for Women’s Employment, in Poster Session on Data and Methods/Applied Demography/ Spatial Demography/ Demography of Crime.

Mike Esposito: Income’s Role in Explaining Black-White Differences in the Educational Gradient in Health: Evidence from the NLSY79 and G-Computation, in Session on Racial and Ethnic Disparities in Health and Mortality.

Christina Hughes: The Influence of Conditional Cash Transfers on Migration: A Re-Examination from a Gendered Lens, in Poster Session on Marriage, Unions, Families, and Households.

Nicole Kravitz-Wirtz:  Effects of Growing Up in Separate and Unequal Neighborhoods on Racial Disparities in Obesity in Early Adulthood, in Poster Session on Adult Health and Mortality.

Christine Leibbrand: Non-Standard Work Schedules and Father Involvement: Moderating the Negative Impact of a 24/7 Economy on Child Behavioral Outcomes, in Session on Work and Families.

Michelle O’Brien: Migration as an Adaptive Response to Nationalism in Contemporary Russia, in Poster Session on Migration and Urbanization/Population, Development, and the Environment.