Does Crowdfunding Make a Difference? Research Says Barely Any 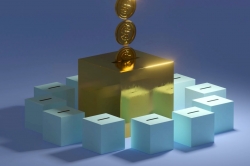 PhD student Mark Igra co-authored a paper on charitable giving and fundraising efforts during the pandemic. The paper, titled "Crowdfunding as a response to COVID-19: Increasing inequities at a time of crisis" shares evidence that most donation campaigns fail to raise much money (if any), and that inequality worsens in spite of the presence and frequent usage of donation platforms like GoFundMe for hospital bills, groceries, and other needs. This research examined more in a The New York Times article "The Inequality of the GoFundMe Economy," where Igra and Nora Kenworthy, the other author of the paper, are quoted about the role of for-profit companies in the business of charitable giving.

I asked Igra and Kenworthy what we and companies like GoFundMe should do to make sure that people in need are more likely to receive donations. And if we should think twice before we donate to GoFundMe campaigns.

They said that GoFundMe and websites like Facebook could be more transparent about what campaigns get the most attention online and why. They also said that we all needed to consider the wisdom of a for-profit company like GoFundMe playing a larger role in charitable giving. Some prior research and reporting also suggested that GoFundMe campaigns in wealthier parts of the United States tended to be more successful.

The researchers also made a fair point about spreading the help we can give. Kenworthy suggested, for example, that if you’re donating to a crowdfunding campaign for a financially stable friend who is being treated for cancer, you could also give to an organization that assists lower-income cancer patients.

Most of all, Igra and Kenworthy don’t want mass charity websites to blind us from the big picture: It’s a problem that so many Americans have to resort to internet donations to meet basic needs like food, housing and medical attention.