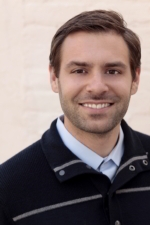 When Zack Almquist joined our faculty last spring, he realized a cherished ambition: rejoining the academy while solving the so-called “two-body problem.”  As an interdisciplinary scholar grounded in mathematics, statistics, and sociology, Zack combines modern social network analysis with demography to investigate how populations interact, often in novel circumstances like tracking disaster displacement and climate change, and improving how we estimate homeless populations.  But Zack is distinctive not merely in his methods, but also in his unusual trajectory to reach UW Sociology. After a short detour from university research and teaching to private industry in Silicon Valley, he has now turned full circle as a prodigal academic.  While most PhDs pick one track or the other, Zack’s  experience in two very different research environments shapes his approach to understanding human social networks.

From the first time he set foot on the University of Oregon campus as an undergraduate, Zack wanted to work at a university.  How to get there was a quest that evolved over time.  From a BA in Mathematics, to an MS in Statistics, then on to advanced degrees in Demography and Sociology, Almquist progressively refined his focus to one applying quantitative methods to the study of human social problems.  The pieces all fell into place when he first studied mathematical sociology at the University of California at Irvine, while taking a graduate class from his future mentor and collaborator, UCI Professor Carter Butts. Representing social phenomena as a network struck Almquist as a particularly compelling way to map the world. He developed new methods to analyze social networks using ideas from demography— tracking death, birth, or human migration—to better understand how people interact with each other, either in physical space through migration patterns, or in online spaces in social media.

While at Irvine Zack also met his future spouse, Jessamy, there working on a doctorate in Cognitive Science.  Two PhDs in the same household create the classic conundrum of academic working couples: the notorious “two-body problem.”  Named for a physics puzzle about plotting orbital mechanics, the two-body career problem arises when two partners seek fulfilling work at the same university, in the same city, or at least within plausible commuting distance inside the same geographic region.  Often any solution requires compromise.

After he finished his PhD the University of Minnesota offered Zack a tenure-track faculty position in statistics and sociology, but the offer came late in spring and there were no funds left to cover a spousal hire. Jessamy was able to snag an industry position with Honeywell Research labs in the Twin Cities, but while intellectually stimulating, the job offered no growth prospects.  There followed a complicated dance to balance careers, family, and geography.  While Zack continued his position at Minnesota, Jessamy’s work as a Data Scientist moved the couple first to Seattle, then California, with Zack “commuting” to Minnesota for longer periods, as needed.  When on the cusp of moving to the Bay Area from Seattle, the couple’s son was born. This made the necessary family separations that much harder:now that they had a three-body problem!

To stay closer to his family Zack arranged visiting scholar positions first at the UW, then at Stanford University,  where he was recruited as a Research Scientist by Facebook's Demography and Survey Science team in Menlo Park. Shifting to Facebook meant giving up mentoring students, but offered an exciting chance to run field surveys on the largest social network on the planet—approximately one third of the world's population—while reuniting his family. Among other projects, Zack worked on “Disaster Maps,” which takes user-provided  location data to track displacement after natural disasters. This tool helped aid organizations assess where displaced people were evacuating to, the better to target limited resources after a flood or fire.

Even with the stimulating research frontiers at Facebook, Zack missed graduate and undergraduate teaching as well as driving his own research agenda; he came to realize how much a university campus felt like “home.”  When the Department of Sociology posted a position for a sociologist working with big data, all the stars aligned at last.  Seattle and the University of Washington ticked all the boxes that allowed Zack and Jessamy to both have meaningful careers, and to raise a family, all in the same city with the extra, added bonus of being in the Northwest where Zack originally hailed from.  Their three-body problem was solved, just in time for the arrival of a fourth member of the Almquist family!

Meanwhile, Zack’s experience from Facebook has already paid dividends for all of us at UW.  When COVID-19 hit he was awarded an NSF grant for a longitudinal survey of Americans’  prosocial and antisocial behavior—such as hand washing and mask-wearing—during the pandemic.  And students in his class, The Quantified Self, are learning data science skills they then apply to publicly available tracking data from apps like Strava, and their own music preferences from Spotify.