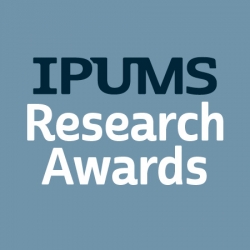 Graduate students, Xinguan Fan and Maria Vignau Loria published an article "Intimate Partner Violence and Contraceptives Use in Developing Countries: How does the Relationship Depend on Context?" last February, which we have been thrilled to hear was selected as the 2021 winner of the IPUMS Global Health Research Award in the category of all published research that uses IPUMS data.

Here’s how the award committee described their contribution:

Fan and Loria resolve a puzzle in prior research on intimate partner violence (IPV): Why is the relationship between IPV and contraceptive use negative in some countries and positive in others? Using 30 IPUMS DHS samples from 17 countries, the authors demonstrate that the relationship between IPV and family planning is modified by macro contextual factors, including legal prohibitions and national levels of female empowerment. This study stands out not just for answering an important social science question but also in its creative use of the broad range of information collected in the DHS, including variables on contraceptive use and type, family size preferences, husband-wife disagreement on fertility goals, various indicators of women’s status (e.g., education, employment, decision-making), and domestic violence. In addition, the authors draw on IPUMS DHS variables to determine the direction of causality: from the experience of IPV to increased contraceptive use, rather than from contraceptive use to increased incidence of IPV.ta from IPUMS DHS, with informative maps displaying findings across countries and regions.

A warm congratulations to Xinguan and Maria for their excellent work!