After Blake, will Washington state repay victims of the war on drugs? 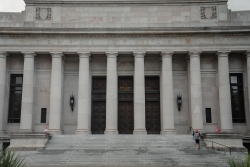 In a landmark decision last month, the Washington Supreme Court voided all drug possession cases in the state.

According to the court’s ruling in State v. Blake, the entire statute that criminalizes simple drug possession is unconstitutional. The sweeping decision pertains to all drugs — regardless of type and amount — across the history of the state’s criminal legal system.

No longer can police and courts assume that a person was in possession of drugs just because they had them on their person, or were near them in some capacity. The consequences of this ruling for people with current and former drug convictions cannot be understated.

There are a wealth of social problems connected to the American criminal legal system. Instead of a harm reduction or a medical approach, our nation mostly addresses mental health issues, drug and alcohol addiction, and poverty and homelessness through arrests, citations, convictions and incarceration. In fact, the three largest psychiatric care providers in this country include Rikers Island jail, Cook County Jail and the Los Angeles County jail. In the United States, over 550,000 people with mental health disorders live in cages. Of those, approximately 75% have co-occurring disorders, such as chemical addiction.