The Growing Field of Political Sociology: A Brief Interview With Yuan Hsiao 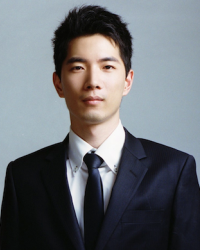 On track to receive his PhD this year, as well as an MS in statistics, Yuan Hsiao has also accepted a position as an assistant professor in the UW Department of Communication. Yuan’s primary research interest is in political communication and movement participation, with a focus on how new technologies change the nature of support and mobilization. But he has a history of collaborative work with scholars in multiple disciplines such as Public Health, Communication, Statistics, Psychology, Political Science, and Education. Given his expertise, we were eager to get Yuan's perspective on recent events, future plans, and what shaped his perspective as a sociologist. Below is a lightly edited interview with Yuan:

Congratulations on your upcoming assistant professorship position. What will you be teaching? What else do you hope to be doing in the new position?

Thank you! I am excited to stay at the UW and continue research that lies in my interests. My major teaching focus would be in the field of political communication, including topics such as how political actors communicate with each other and to the general public, the formation of public opinion, how citizens form social networks for political behavior, and the role of mass media and social media. I would also use my methodological expertise and teach courses related to research design and methods.

I am also excited to push forward research agendas in the new position. My major goal would be to build a strong community of people who are interested in media, communication, and social/political behavior. In particular, I would like to create a group of people who are interested in network approaches and innovative data to understand social behavior. As new sources of data and methods are increasingly available, I would like to utilize the opportunity to generate exciting social science research.

How did your study in Sociology change and grow throughout your time here? What has supported you through that process?

I started as an activist in Taiwan, and was interested in the role of new media in political behavior. The interest has not changed, but I have learned to understand the same phenomenon from various sociological approaches such as social-psychological mechanisms, network perspectives, or identity formation. The courses and extraordinary mentors across campus have benefited my growth in perspective a lot. My wife Arwen has also contributed by pushing me to take on challenges in new areas. Collectively, I am fortunate to have a strong support group that encourages developing new ideas.

Sociology would be increasingly relevant to understand movements and elections, as we can bring the sociological imagination that allows us to understand political behavior not only from examining a few prominent political figures but the structural and relational contexts that led to political trends. While the emergence of significant political events may garner a lot of attention, we as sociologists can go deeper and reveal the contextual backgrounds.

Of course, the recent events have also changed the field of sociology as well. Many of the aforementioned sociological foundations are already there, but the emergence of recent events has drawn increasing interest in political sociology. One thing I would like to mention is that more and more sociologists would engage in the understanding of equity in response to these events, and the structural barriers that prevent equity. Linking equity to politics would be a growing dimension of the field.

Do you have helpful advice or encouragement for sociology undergraduates who are looking to apply their area of study to the movements and political landscape that they're experiencing?

I wouldn’t say advice but I would like to offer my perspective. My general orientation is that sociology is rooted in people’s experiences. Think about your personal experiences that led to your current view of politics, especially the surrounding relationships that contributed to the building of your political identity. Who do you talk about social and political issues, and has that changed over the years? If you use social media, what are the views that you are exposed to?

It is also important to recognize that others come from different social positions and thus different experiences. This is especially true in this area where there are various racial and ethnic groups. Having an attitude of empathy is a way to connect with such alternative experiences. Sometimes people may have different and even opposite views than yours, but trying to understand their worldview and their perspective, and I think that would help one get a better insight regarding the political landscape.