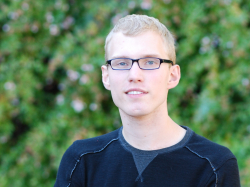 Connor Gilroy has been awarded the Graduate School’s 2019 Distinguished Thesis Award for the social sciences for his MA paper, "How Distinct is Gay Neighborhood Change?  Patterns and Variation in Gayborhood Trajectories."  In this paper, Connor addresses critical questions about the changing character of traditionally gay neighborhoods through creative use of web-scraped data from the Way-Back machine and cutting-edge statistical models. Gilroy’s careful empirical analysis offers the first systematic documentation of the extent, nature, and coherence of change in traditionally gay neighborhoods between 2005 and 2015.  He finds that most gay neighborhoods are becoming more educated and wealthier, but that counter to the ‘there goes the gayborhood” hypothesis, there are not consistent tendencies toward more gender parity or more heterosexual couples.  He then asks whether changes in gay neighborhoods might simply reflect changes occurring in the cities in which the neighborhoods are located; his results suggest that overall, there is actually little evidence of disproportionate demographic displacement in traditionally gay neighborhoods, and very little evidence of a change in their overall relative economic status.  Tis paper is currently being revised for publication.