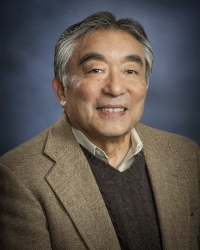 On November 3, 2017, the Government of Japan announced the foreign recipients of the 2017 Fall Imperial Decorations. Dr. Tetsuden Kashima, Professor Emeritus at the University of Washington, has been awarded the Order of the Rising Sun, Gold Rays with Rosette, in recognition of his contributions to furthering the understanding of Japanese American sociology and history and to the advancement of Japanese and Japanese Americans in the United States.

Tetsuden Kashima, Ph.D., Sociology, has been recognized internationally and nationally as a pioneer in Asian American Studies. His scholarly work on Japanese American incarceration during WWII, Buddhism in America, and the Japanese immigrant experience has contributed significantly to the understanding of Asian American history. His published works include “Buddhism in America: The Social Organization of an Ethnic Religious Institution” and “Judgment Without Trial: Japanese American Imprisonment During World War II.”

In addition to his academic achievements, Dr. Kashima has made major contributions to the local Japanese and Japanese American communities. In 1997, he established the annual Day of Remembrance at the University of Washington (UW) to reflect upon the signing of Executive Order 9066 during WWII that sent law abiding people of Japanese ancestry into American incarceration camps. He played a crucial role in organizing the Long Journey Home event in 2008, during which honorary degrees were bestowed upon 449 Japanese American former UW students who were unable to complete their studies as a result of their incarceration, and the 2014 celebration at the UW to commemorate the centennial of Japan gifting cherry blossom trees to the United States as a symbol of friendship.

Through his many years of service to academia and the Japanese American community, Dr. Kashima has brought much-needed attention to, and recognition of, important events and individuals in American history, and made an invaluable and lasting impact on US-Japan relations.